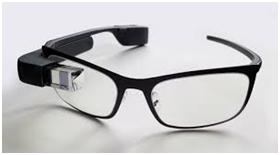 FDA has approved 35 new drugs so far this year, compared to 27 last year

“Our Center for Drug Evaluation and Research (CDER) has so far approved 35 novel drugs in 2014 compared to 27 in 2013,” FDA commissioner Margaret Hamburg wrote on the agency's FDA Voice blog.

GlobalData estimates the patent cliff will erase approximately $65 billion in sales through 2019 as some of the top-selling drugs lose patent exclusivity.

The UK government invests £6 billion and unveils a new strategy in British science and innovation to keep the sector at the “forefront of global excellence”. “Science and innovation will play an important part in defining the UK’s place in the world in the 21st century. This strategy builds on the great strengths of British science and enterprise and will make sure the UK is the best place in the world to do science and grow an innovative business,” said Universities, Science and Cities Minister Greg Clark.

BioLineRx teams up with Novartis Israel-based

BioLineRx enters into a strategic collaboration with Novartis to facilitate the development of drug candidates. Under the agreement, Novartis, which invested an initial $10 million, will evaluate projects presented by BioLineRX for development and future licensing.

Janssen Biotech has acquired Halozyme Therapeutics, a Californian based company, drug delivery enhancing system in a deal valued at up to $581 million. The Enhanze platform uses a recombinant human hyaluronidase enzyme (rHuPH20) to facilitate better dispersion and absorption of injected medicines. Under the terms of the deal, Halozyme has granted Janssen a global license to develop and commercialise products for up to five targets combining rHuPH20 with its proprietary compounds. In return, Halozyme will receive an upfront payment of $15 million and up to $566 million in development, regulatory and sales-based milestones.

FDA approves Novartis Signifor for the treatment of acromegaly

The US FDA has approved Signifor LAR (pasireotide) for the treatment of patients with acromegaly who have had an inadequate response to surgery. Acromegaly is a rare, debilitating endocrine disorder caused by elevated growth hormone and insulin-like growth factor. It is characterized by increased bone growth including the hands, feet and face. The most frequent cause is a non-cancerous tumor on the pituitary gland. European Medicines Agency has cleared label expansion of Signifor on November 24, 2014.

FDA approves Alcon Xtoro for the treatment of ear infection

The US FDA approves Alcon Laboratories' Xtoro (a finafloxacin suspension) for the treatment of acute otitis externa, an infection known as swimmer's ear and typically caused by Pseudomonas aeruginosa and Staphylococcus aureus.

The US FDA has approved Ipsen's, France, injectable drug Somatuline Depot, or lanreotide, for use in adults with gastroenteropancreatic neuroendocrine tumors. Gastrointestinal and pancreatic neuroendocrine tumours are rare diseases but their prevalence are increasing, having risen four-to-six fold in the last 30 years. “Somatuline is the first and only treatment with a statistically significant progression-free survival benefit approved by the FDA as an antitumor therapy in the treatment of this cancer”, said Cynthia Schwalm, president and chief executive of Ipsen Biopharmaceuticals.

Google Glass is a concept that has the potential to change the way physicians and clinicians go about their day to day tasks. The thought of reading a patient’s chart and gaining access to their medical records, in a hand free access mode is fascinating but feasible now.

Chinese authorities approve the start of clinical trials for an experimental Ebola vaccine developed by the Academy of Military Medical Sciences and Chinese biotech Tianjin CanSino Biotechnology. The trials are supposedly going to commence this month.

A Takeda spokesperson indicated that Andrew Plump, currently Senior Vice President of Discovery and Translational Research at Sanofi, will lead the global R&D at Takeda. He will be based in Cambridge, Massachusetts where the company has been reorganizing its oncology work.

see other Pharma & Biotech events in 2014