Biogen spun out its hematology franchise into a standalone public company named Bioverativ which possesses two marketed drugs Eloctate efmorocotocog alpha for hemophilia A and Aprolix efmorocotocog alpha for hemophila as well as a preclinical pipeline. The two drugs have generated $888 million revenues in 2016. Bioverativ which has $325 million in cash will be led by John Cox, Biogen’s former EVP of Pharmaceutical Operations.

Incyte (Wilmington, Del, USA) has entered into a worldwide licensing and collaboration agreement with Calithera Biosciences to develop and market Calithera's small-molecule arginase inhibitor CB-1158 for hematology and oncology applications. CB-1158 is a metabolic checkpoint inhibitor targeting the immunosuppressive enzyme arginase in myeloid-derived suppressor cells that are responsible for T-cell suppression. Incyte will make an upfront payment of $45 million and an equity investment in Calithera worth $8 million.

Takeda has signed an exclusive license with Exelexis to develop cabozantinib for all cancer indications in Japan. Under the terms of the deal Takeda will make a $50 million upfront payment and up to $95 million in milestones. Cabozantinib, a pan kinase inhibitor, is already approved and marketed as Cabometyx™ in the EU and U.S. in 2016, for treating advanced renal cell carcinoma (RCC), but not in Japan.

Cytokinetics (South San Francisco, CA, USA) has entered a deal whereby Royalty Pharma (New York City, NY, USA) is paying $90 million upfront and $10 million to acquire equity in Cytokinetics in exchange on a 4.5% royalty streams on onomecamtiv mecarbil, co-developped by Amgen. In return Cytokinetics will pay $40 million to support the development effort and get incremental royalty on worldwide sales outside Japan.

AstraZeneca has booked a drop in revenues for the fourth quarter of 2016 but expects 2017 could be a 'turning point' as it comes to the end of its patent-expiry phase and begins its return to growth.

Health Canada approves Sanofi and Regeneron Pharmaceuticals’ Kevzar or sarilumab for the treatment of adult patients with moderately to severely active rheumatoid arthritis (RA) who have not responded to previous treatments. Sarilumab is a human monoclonal antibody that inhibits the inflammatory activity of RA by binding to the interleukin-6 (IL-6) receptor, the most abundant cytokine in the serum and synovial fluid of RA sufferers. The Canadian approval is the first approval of this new drug.

…and Sanofi’s Xylal Allergy 24HR as an over the counter (OTC) treatment for allergy symptons.

FibroGen announces positive results from two pivotal Phase 3 studies in China assessing roxadustat for the treatment of anemia in dialysis-dependent and non-dialysis dependent patients with chronic kidney disease. Both trials met their primary endpoints. Roxadustat is an orally administered small molecule inhibitor of hypoxia-inducible factor (HIF) prolyl hydroxylase. HIF is a protein transcription factor that "turns on" the production of red blood cells (erythropoiesis). If approved, the drug will be commercialized by AstraZeneca while FibroGen will be responsible for manufacturing and medical affairs.

The European Medicines Agency's Committee for Medicinal Products for Human Use (CHMP) has approved eight new medicines including two biosimilars. The list consists of : GlaxoSmithKline's Rolufta for chronic obstructive pulmonary disease; Eli Lilly’s Tadalafil for erectile dysfunction and the symptoms of benign prostatic hyperplasia; JensonR+'s Yargesa for Gaucher disease; Therakind's Jylamvo for rheumatological disorders and psoriasis; Hospira UK's Daptomycin for complicated skin and soft-tissue infections; Pfizer’s Xeljanz, or tofactinib, an oral Janus kinase (JAK) inhibitor for the treatment of rheumatoid arthritis. The two biosimilars of Amgen's Amgevita and Solymbic, both of which contain adalimumab, the active ingredient in AbbVie's mega blockbuster Humira.

Jupiter Medical Center (Florida, USA) is partnering with IBM Watson for Oncology to use the power of data analytics and artificial intelligence to provide physicians a more robust perspective of realworld evidence base treatments.

Researchers of Pennsylvania Health System use social media platforms, like Yelp, to help identify patient engagement gaps and offer insights into improving the hospital experience for patients and caregivers.

US FDA approves W.L. Gore’s balloon expandable stent graft for use in the iliac artery. Exosome Sciences (Houston, TX, USA) Peripheral artery is characterized by narrowed blood vessels that limit blood flow to the limbs and commonly causes pain in the legs. Previous balloon expandable stent graft procedures in the iliac artery involved off-label use of devices that had not been FDA-approved for this artery. 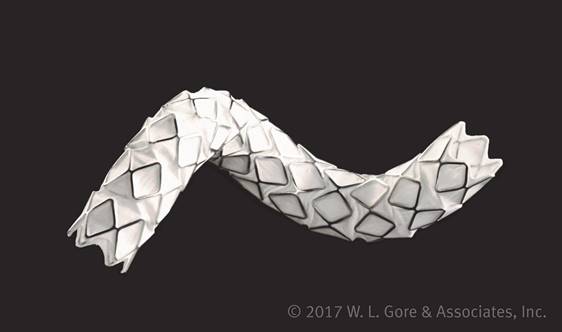 The UK National Institute for Health and Care Excellence have rejected the use of Pfizer’s Ibrance to treat hormone receptor (HR) positive, human epidermal growth factor receptor 2 (HER2) negative locally advanced or metastatic breast cancer, as being too costly.

A lawsuit filed in a Massachusetts district court claims that Eli Lilly, Novo Nordisk and Sanofi have been part of an "organized scheme to drive up prices at the expense of patients who need insulin drugs to live” over several years. A recent study by the American Medical Association indicates that insulin product US prices have tripled between 2002 and 2013.

A US District Court in Delaware ruling has invalidated four Teva’s patent on Copaxone and may open the door to immediate generic competition and wipe out as much as 1.2 billion of revenue for Teva in the US in 2017.

Some of the top executives of the biopharmaceutical industry met with US President Donald Trump to discuss pricing issues and drug regulations.  “We have to get the prices way down. Pricing has been astronomical for our country” said President Trump.  “We are also streamlining the process so that from your standpoint when you a have a drug that you can actually get it approved instead of waiting many, many years. We are going to get the approval process much faster” he told the group.

Sanofi Pasteur has settled up with class-action plaintiffs that claimed the company leveraged its status in the field to hinder the rival meningococcal vaccine Menveo from Novartis in paying $61.5 million. According to the lawsuit, Sanofi sold its meningococcal vaccine Menactra in bundles with other key pediatric vaccines, which included discounts that were not available to purchasers that chose to buy Novartis' Menveo instead.

Novo Nordisk has announced a plan to invest £115 million over 10 years into a new research center located nearby the University of Oxford (UK)The move is part of a deal between the Danish drugmaker and the University to work together to discover innovative approaches for treating type II diabetes. Around 100 researchers at the Novo Nordisk Research Centre Oxford will focus on innovation within early stage research that has potential to "substantially impact" future treatment of both the condition and its complications.

New data from the UK Cancer Research predict that cancer rates will rise six times faster in women than men over the next 20 years.

3rdAnnual Biotech and Money London on February 7-8, in London (UK)

BIOVISION on April 4-6, in Lyon (France)

Strategic Alliance Management Congress on May 1-3, in Philadelphia (USA)

BIOFIT on November 28-29 in Strasbourg (France)