Icon (Ireland) is to acquire MediMedia Pharma Solutions (Yardley, USA) for $120 million, creating “the industry’s leading integrated scientific communications and market access solution". Icon chief executive Ciaran Murray said “the need to demonstrate and communicate the value of new medicines is an important global healthcare trend” and the acquisition of MediMedia Pharma Solutions “deepens the expertise” of the company’s existing operations “and brings us outstanding scientific and medical communications capabilities”.

Hospira (Lake Forest, USA) will be acquired by Pfizer for about $17 billion in cash. Hospira is known for its business in sterile and generic injectables, devices and biosimilars. Hospira teamed up with Celtrion (South Korea) to be early in the game of the biosimilar wave. It already markets biosimilars of two Amgen drugs Retacrit and Nivestim, outside the U.S., and recently won European approval for its J&J’s Remicade biosimilar.

Ortho-Clinical Diagnostics signs an exclusive agreement with Quotient and will pay $69 million for the rights to market MosaiQ, its transfusion diagnostics platform.

According to the Japan Times, the Ministry of Health, Labour and Welfare's plans to suspend Novartis ‘s pharma business order for about 15 days, for repeated violations for failing to report adverse events promptly. The company was already facing charges of exaggerated advertising while promoting its antihypertensive drug Diovan. In addition a scandal erupted in Spring of last year, when Novartis failed to report side effects of Gleevec and was accused to break protocols in a clinical trial of the leukemia drug Tasigna.

US Senators Lamar Alexander (Tennessee), and Richard Burr (North Carolina) presented their plans to modernize the FDA and the NIH as part of efforts to expedite the development and approval of new treatments.

US FDA approves diabetes combination drug from Lilly and Boehringer

Partners Eli Lilly and Boehringer Ingelheim gain FDA approval for Glyxambi, a diabetes treatment combining two existing drugs into a single tablet. Glyxambi, is a fixed dose combination of empagliflozin, a sodium glucose co-transporter-2 inhibitor, and linagliptin, a dipeptidyl peptidase-4 inhibitor, in a once-daily tablet. It is the first such combination approved by the FDA.

Sanofi launches Affreza the only inhaled insulin available in U.S.

After the failure of Exubera (Pfizer) several years ago, Sanofi and MannKind, which developped the drug, are launching Affreza, the first inhaled insulin in the US. Afrezza is priced at $7.54 for a daily dose of 12 units compared to $3.14 for Sanofi's injectable Apidra. MannKind executive Alfred Mann said he's "proud" that the long, hard R&D journey is at an end. And Sanofi's Pierre Chancel, SVP of its diabetes division, called Afrezza "an important addition to Sanofi's growing diabetes portfolio."

Merck launched new first-in-class sleep drug in the US

Almost twenty five years after the approval of Stilnox/Ambien (zolpidem) by Searle and Sanofi, Merck launches a novel treatment for sleep disorders with Belsomra (suvorexant).The drug is the first orexin receptor antagonist approved for the treatment of insomnia. This new class of medicines works by blocking the action of orexin, one of the neurotransmitters involved in wakefulness . The drug is classed a Schedule IV controlled substance because it can be abused or lead to dependence.

US FDA allows Cohera Medical Inc. (Pittsburgh, USA) for use of the urethane-based adhesive TissuGlu the first tissue adhesive approved for internal use during abdominoplasty surgery. TissuGlu allows for the elimination of external drains after surgery. TissuGlu received a CE mark in 2011. More than 1,500 surgical procedures have used the product. TissuGlu is an adhesive consisting of a polyurethane pre-polymer which polymerizes at the surgical site upon contact with moisture and is delivered via a device that contains 5 milliliters of the adhesive. 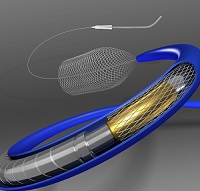 Medtronic received its first new FDA approval resulting from the acquisition of Covidien. The approval is for Pipeline Flex, a minimally invasive flow diversion device for unruptured aneurysm. It received a CE mark and was launched in Europe earlier last year. The Pipeline Flex has a braided cylindrical mesh tube that is implanted across the base or neck of an aneurysm. It cuts off blood flow to the aneurysm, thereby reconstructing the diseased section of the blood vessel. It is specifically intended for the endovascular treatment of complex intracranial aneurysms.

Three FDA Breakthrough Therapy Designations (BTDs) are announced in the past week by sponsor companies:

Guardant360 is a cancer blood test with a 68-gene panel available now in the U.S. It offers a comprehensive cancer view of tumor genomic alterations in real time. The test is intended as a complement to traditional biopsy. Patients who would benefit most from using it are those for whom a tumor biopsy is not an option, those who failed treatment, and/or patients with metastatic cancer.

Today's medical practice will undergo a radical transformation as mobile devices become more Health-friendly, according to Eric Topol, director of the Scripps Translational Science Institute in San Diego. “It will take a new plasticity of the medical community in facing its greatest and singular challenge since the profession's origin–its transformation by pervasive embracement of digital technology," Topol and Scripps colleagues write. Their expectations are supported by analyst Mike Feibus, who said that “the transition shift of mHealth technology from the fitness realm to the medical and home patient monitoring environments will take root this year”.

US President Barack Obama will ask Congress for $215 million to fund his precision medicine initiative. Under the proposal, $130 million would go to the National Institutes of Health (NIH) to support development of a national cohort for research and $70 million would go to National Cancer Institute (NCI) research. The FDA would get $10 million to support database development, and the Office of the National Coordinator for Health IT would get $5 million to advance interoperability and secure data exchange. An earlier White House Statement said "most medical treatments have been designed for “the average patient”….”as a result treatments can be very successful for some patients, but not for others."

UK: The place to be for life sciences investors?

At the inaugural Future of Healthcare Investor, hosted by the London Stock Exchange and MedCity, Cathrin Petty, co-head of healthcare investment banking EMEA at JP Morgan, said the UK “has all the right ingredients to create a successful and sustainable life science market: the science, the clinical development infrastructure and management. We now need the long term capital to fund it”. Last year saw £1.25 billion raised in life science IPOs and follow-on offerings on the London Stock Exchange, the most in this sector since 2007.

According to a USA Today report, the past 20 years have seen a sharp drop in the number of deaths from breast cancer in the U.S. The number of deaths fell from 33 to 22 per 100,000 women between 1990 and 2011. This decline represents more than 200,000 lives saved, the American Cancer Society said. Experts estimate that the trend has continued in the past four years as well, and can be attributed to better treatment, rising awareness and more frequent checkups.

After several weeks of rumors Dr. Margaret Hamburg has confirmed that she is stepping down from her position of commissioner of the US Food and Drug Administration.

see other Pharma & Biotech events in 2014