Prediction of Top 10 Blockbuster Sales for 2025

Prediction of Top 10 Blockbuster Sales for 2025

GlobalData, a London-based data provider to large industries, issued a report where it picked out therapies that it believes will be on the top 10 list of drugs in 2025.

AbbVie’s Humira which is the current number one selling drug, will still be on the chart but it is set to be overtaken by:

Merck’s Keytruda, in #1 position, which is expected to reach sales of $22.2 billion in 2025.  “It has received market approvals for 22 oncology indications in the US and is continuing to expand into new indications and market globally” said Keshalini Sabaratnam, a GlobalData pharma analyst.

Bristol-Myers Squibb is likely to be #2, #3 and #4 with Eliquis, a Factor Xa inhibitor acting as a blood thinner, at $18.7 billion, Revlimid, a multiple myeoloma drug from Celgene, at $12.4 billion and Opdivo, a PD-1 ckeckpoint inhibitor, at $12 billion

… and Johnson & Johnson’s Imbruvica, a Bruton tyrosine kinase inhibitor, expected to reach sales of $11,9 billion, with uses in multiple cancers as well as in chronic-graft-versus-host-diseases

Abbvie’s Humira, in #6 position, should still top the $10 billion, in spite of growing biosimilar competition in the US in 2025.

Gilead’s Biktarvy, at $10 billion, should come in #7 position confirming its dominance in the HIV market.

Pfizer’s Ibrance, a CDK4/6 inhibitor, aimed at various cancer treatments, could reach sales of $9.0 billion in spite of current sales at $2.8 billion.

The top 10 list should round up with Johnson & Johnson’s Stelara,  treatment for psoriasis, expected to reach as much a $7.5 billion and

Eli Lilly’ Trucility in #10 position, a GLP-1 receptor agonist, as a treatment for diabetes, with peak sales of $7.2 billion.

It is of more than passing interest to note that none of the top 10 expected blockbusters by 2025 is issued from a European based company. 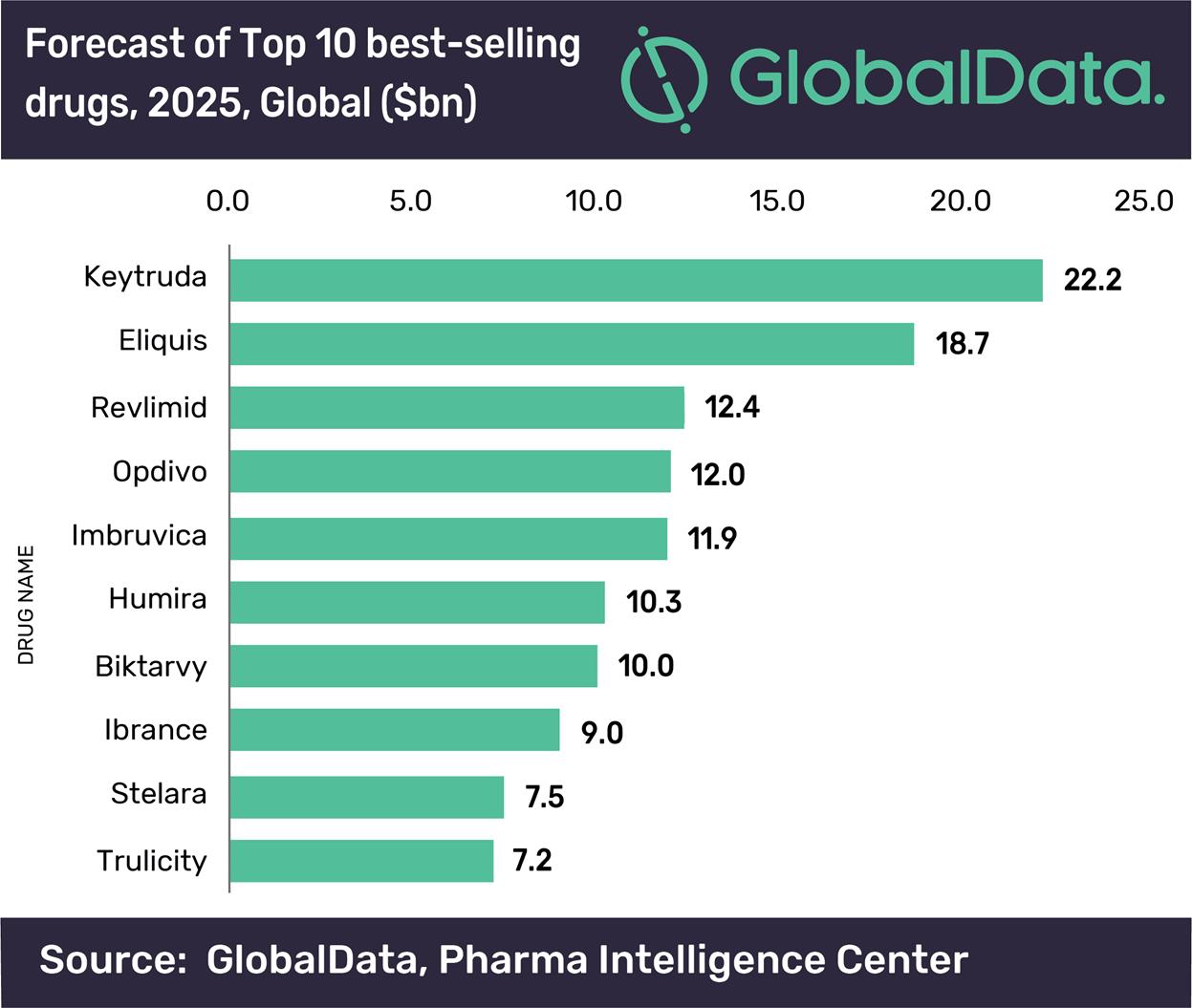