2015 A turning point for the biopharma industry? 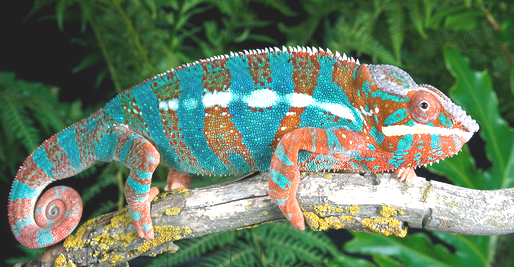 For quite some time now, analysts of the biopharmaceutical industry have bemoaned the industry’s lack of innovation particularly considering the vast amount of cash spent each year in research and development. Some have gone so far as to call this a ‘new molecular entity slump'.

A signifiant Increase in regulatory approvals for New drugs

However recent statistics showing a significant increase in regulatory approvals for new drugs in 2014 indicate that we may be at a turning point in the productivity of the industry. The US Food and Drug Administration approved 41 new drugs last year, the highest number since 1996. It also authorised 33 innovative medical devices, an increase of 43% from the previous year. Meanwhile, the European Medicines Agency recommended the approval of 82 new medicines in 2014, a figure that includes generics. Counting just drugs with new active substances, the EMA positive opinions are on a par with the approvals of the FDA. Judging from some of the regulatory applications underway, it would not be surprising to see a similar number of approvals this year.

A first analysis of this outcome indicates that almost two thirds of the recent approvals are for cancer drugs and treatments for specialty uses such as rare diseases. A much smaller proportion are indicated for diseases treated in primary care – the traditional marketplace for large pharma. This pattern of activity has important implications for value creation in the industry.

Personalised Medicine & NGS, the new focus of the Pharma insdustry

There are several reasons why large pharma is slowly moving away from developing primary care drugs. First, for many primary care indications, the current medicines are already highly satisfactory. With the emergence of high-quality generics, the treatment costs for diseases with a high prevalence can easily be contained. Examples of such indications are hypertension, glaucoma, angina and to some extent, diabetes. Second, the cost of developing genuinely new treatments for primary care patients is high relative to what the providers of this care can spend.

On the other hand, primary care is becoming a test bed for personalised medicine. The term personalised medicine is used to describe medical decisions, practices and products that are tailored to the specific needs of an individual patient, often with the help of genetic information. In the UK, for example, the government is funding a project to map the genomes of up to 100,000 patients in the National Health Service in order to better understand their diseases. These are patients who primarily suffer from cancer or a rare disease. But in future, the genomics revolution could affect everyone. In the US, President Obama has recently launched a Precision Medicine Initiative to expedite personalised cures with similar objectives.

The centre of gravity for innovation in the pharma industry therefore is shifting towards diseases for which the modern sequencing technologies and targeted mechanisms of action can have the biggest impact. To illustrate the point: end-of-year oncology statistics produced by the Milan-based On-kòs Pharma Consulting and reported in MedNous show that regulatory approvals of new oncology drugs and new indications for existing drugs reached a record number of 30 in 2014. Among these drugs were five first-in-class compounds including a checkpoint inhibitor, a PARP inhibitor and a dual targeting bispecific antibody.

The new technologies have also accelerated the discovery of medicines for rare diseases, most of which are caused by a genetic defect. For large pharma, the rare disease space is particularly attractive because the patient populations are small, meaning smaller clinical trials, there is less competition and the regulatory barriers are lower than they would be for drugs developed to treat the high prevalence diseases.

Together these events – the rise in new drug approvals and applications, the new technologies and the specialist focus of large pharma – have substantially increased valuations for the industry. Whichever way you look, the financial values are substantially higher for the industry than just two years ago. This can be measured by the stock prices of listed companies, the number and size of initial public offerings or the number and size of mergers and acquisitions. For example, the value of the top M&A transactions reached a combined $179 billion in 2014, nearly three times the combined figure of $66 billion in 2013. Industry observers expect 2015 will be another strong year for both IPOs and M&A activity.

What next for European biopharma?

The open innovation approach towards discovering new medicines will continue, and may even be amplified and extended to new areas. Discovery performed in small biotechnology companies has been shown to be highly effective and has become the major source of new products for most large pharma companies. Companies might even go so far as to out-partner in order to advance their most promising products. This is the strategy signalled by AstraZeneca at the presentation of its 2014 results on 5 February. An example is the company’s recent 2014 partnership with Eli Lilly and Company to jointly develop a new compound for Alzheimer’s disease. Tackling biological complexity and learning how to intervene and repair disruptive networks will no longer be pursued by isolated actors in private or governmental organisations. Rather, this will take place in well-structured consortia supported by grant-funding bodies such as the Innovative Medicines Initiative (IMI). This capacity for a consortium to tackle a problem is illustrated by the new IMI project aimed at developing a preventive vaccine against the Ebola virus. This brings Janssen Pharmaceuticals together in a group with Oxford University, the London School of Hygiene and Tropical Medicine, French INSERM and others for the common purpose of vaccine development. An earlier example is an IMI collaboration aimed at predicting the cognitive properties of candidate drugs for neurodegenerative diseases. Both are prototypes of the new collaborative approach. For the industry, the motto ‘build it or buy it’ has now become ‘share it.’

The ‘raison d’être’ of the biopharmaceutical industry will remain the same, namely to provide better treatments for patients and good value to healthcare providers. However the remit of the industry will become broader. Pharma will need to be equipped to tackle the entire spectrum of healthcare needs from the prevention of disease, to its diagnosis and treatment. This involves developing medicines and devices as well as monitoring the outcome of treatments. Companies may need to tackle more illnesses and provide solutions that can be differentiated from the existing treatments. Moreover this will most likely take place on a global scale.

How will this be done?

Our prediction is that companies will take one of three approaches.

The first is the global diversified approach whereby companies will remain active in several fields of endeavour from human medicine development for primary and specialist care, including rare diseases, to devices, vaccines, consumer health and even animal health. This strategy can only be pursued by large companies. The most likely candidates to pursue this path are Sanofi and to a lesser extent GlaxoSmithKline.

The second is the personalised medicine approach. Companies pursuing this strategy will require access to sophisticated biomarker research platforms within their own organisations or through dedicated long-term strategic alliances with diagnostic companies. Companies already pursuing this model are Roche, AstraZeneca, Novo Nordisk, Shire and more recently Novartis. The new personalised technologies also give smaller companies with single products aimed at a specialty indication, more opportunities for registering, launching and promoting their drugs without the support of a well-established pharmaceutical partner. This is the path being followed by companies such as Erytech, DBV Technologies and Genfit.

The third is the integrated care approach. Often called ‘beyond the pill,’ this approach involves bringing non-pharmaceutical players into the pharmaceutical arena to help solve healthcare problems. This approach clearly requires incredible foresight in order to attract players with novel breakthrough technology into the field. This is not completely unprecedented. Many years ago, imaging experts who had no previous experience in life science entered the field. They have since made enormous contributions to the diagnosis of disease. One might now expect newcomers from domains such as nutrition. Nestlé for example has already launched a skin health division, and has aspirations in other areas of healthcare. Information technology companies also are natural allies to the life sciences industry with their platforms for creating electronic healthcare records and their capacity to mine vast amounts of data. With the support of these newcomers, certain companies will become genuine ‘healthcare solution providers.’ Novartis, through its partnership with Google, is one of the few companies to signal that data management is part of its long-term strategy.

Another trend to watch is the emergence of sophisticated and/or miniaturised devices which will complement or replace existing treatments or surgical interventions. The cardiovascular and the diabetes sectors have traditionally been early adopters of passive or active implant technology. In the cardiovascular field, the French company Carmat has developed an artificial heart that is being positioned as an alternative to drugs or transplantation for patients suffering from end-stage heart failure. Recent positive data from the Carmat heart and from artificial retina projects illustrate what can be accomplished when teams of engineers and scientists work together to solve complex problems. More interesting news is now expected from developers of an artificial pancreas in the diabetes field and with nerve stimulation for the treatment of neurodegenerative diseases and chronic pain. In order to become global healthcare providers, some companies may decide to support these efforts and partner with the developers of these emerging technologies.

Geopathologies can no more be ignored

Whatever the strategy, all of the biopharma players will have to consider the geographical consequences of what they do. Right now almost 80% of world’s population still has poor access to medicine. There are ‘geopathologies’ which are linked to emerging and re-emerging infectious diseases which can quickly get out of control. The Ebola virus outbreak in West Africa is an example. This crisis has highlighted the need to continually upgrade the world’s vaccine capacity as well as the global surveillance of communicable diseases.

China is an example of a country which is investing heavily in tackling regional diseases which have a big impact on the local population. Chinese companies as well as the R&D centres of the big international companies are gearing up to discover and develop drugs for mainly Asia-specific diseases. The Chinese FDA has clearly indicated that it will strongly support companies that take this path as long as they do it with a Chinese partner.

Notwithstanding redundancies and the closure of R&D facilities, most European biopharma companies have successfully overcome the economic dislocations arising from the loss of patents on their major products. Most have moved quickly to rebuild their portfolios, and have emerged with stronger business models and a healthy cash flow. The structural transformations are illustrated by the asset swaps soon to take place between Novartis and GSK which will strengthen Novartis’ global oncology portfolio and GSK’s global vaccine portfolio while giving them both ownership in a new consumer healthcare products company.

Chief executives and directors of the industry have taken stock of the new reality and implemented, often through strategic partnerships, the development of novel business models. The strategic decisions they have made over the past several years will now allow the successful development of new technologies for the diagnosis, treatment and even the pre-emption of several diseases including rare and neglected diseases. Available data suggests that 2015 should confirm the unprecedented results of 2014, and thus establish that the European biopharmaceutical industry has succeeded in its transformation and is sailing onto a new journey.

This commentary was written by Jean-Claude Muller, Special Advisor at I&IR, and published in the February 2015 (vol 9, n°2) issue of MedNous.

see other Pharma & Biotech events in 2015