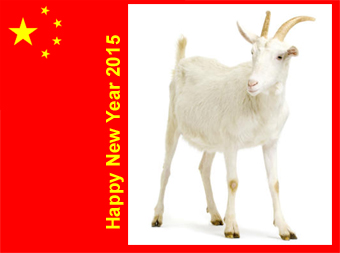 Olivier Brandicourt joins Sanofi from Bayer HealthCare where he was Chairman of the Board of Management and a member of the   Executive Council. Previously, Brandicourt held numerous positions of increasing responsibility within Parke-Davis/Warner-Lambert and Pfizer. A physician by training, Olivier Brandicourt's career includes several senior positions in Europe, Canada and the United States. Brandicourt will take up his new duties on April 2, 2015.

Panasonic Healthcare to buy Bayer diabetes device business for as much as $2.3B

According to a report from Bloomberg, Bayer is considering selling its diabetes devices business to Panasonic Healthcare, The price for the Bayer diabetes device unit is expected to be between €1 billion ($1.1 billion) and €2 billion ($2.3 billion).

Actavis, the Dublin based company, announced that it intends to use the Allergan name as its corporate name and for its global branded pharmaceutical portfolio, and will retain the Actavis name for select geographic regions and product portfolios.

Sanofi announced that it has entered into a research collaboration and license agreement with Dutch privately owned drug biotech discovery company Lead Pharma (located in Nijmegen and in Oss) to discover, develop and commercialize small-molecule therapies directed against the nuclear hormone receptors called ROR gamma t. This nuclear retinoic acid receptor-related orphan receptor gamma is a key regulator of the cytokine immune pathway, interleukin-17 (IL-17) and plays a critical role in a broad range of autoimmune disorders, including rheumatoid arthritis, psoriasis and inflammatory bowel disease.

Boston Scientific settles its ongoing breach-of-contract lawsuit with Johnson & Johnson over a failed bidding for Guidant, for $600 million in 2006. The Massachusetts based company will pay far less than the $7.2 billion originally requested by J&J, and will not have to acknowledge any liability by Guidant. J&J sued Guidant, Abbott and Boston Scientific for breach of contract, claiming that Guidant told Abbott about the asset deal.

Denmark's William Demant, the world's second largest hearing aid maker, announced it is in talks to acquire French hearing correction provider Audika for €168 million ($191 million). The French company has 460 outlets in France and reported revenues of €98.7 million last year. At a price of €17.78 per share, the acquisition values Audika at a premium of 32%.

Rainbow Medical, an Israeli-based seed investor and incubator specifically for medical device and medical technology startups, will open an office in Shanghai to help facilitate strategic deals as part of a $25 million cash infusion from investors in China.

Genmab and BioNovion expands their collaboration in the immune-oncology field

Genmab (Copenhagen, Denmark) and BioNovion (Oss, The Netherlands) have expanded their ongoing research agreement in immune-oncology to a full co-development and commercialisation deal in order to progress their bispecific antibody products that inhibit immune checkpoints.

An analysis of data from the FDA's Law Blog Orphan Drug Designations and Approvals database showed that the agency approved 49 orphan drugs last year, a 53% increase compared with 2013. The number of orphan-drug designations granted by the FDA's Office of Orphan Products Development also increased nearly 13% to 293, while the number of orphan-status requests reached 467, up almost 35% over 2013. 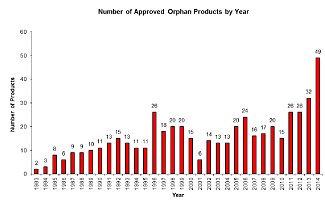 Nevertheless it is the very high price tag of orphan drugs that is going to pose hurdles for payers. A recent study indicated that orphan drugs could reach as much as 19% of new drug sales by 2020.

US FDA warns of device design amid UCLA superbug outbreak

FDA is warning doctors and hospitals that endoscope devices complex design may hinder proper cleaning contributing to the spread of the “drug resistant superbug” outbreak at the UCLA Health System in California. The agency's warning applies to duodenoscopes that are threaded through the mouth, throat, stomach or the top of the small intestine to drain fluids from blocked pancreatic or biliary ducts. Duodenoscopes' design makes the devices hard to sterilize, which could lead to broad transmission of infectious bacteria. The FDA warning comes a month after UCLA's Ronald Reagan Medical Center first reported deadly infections. Since then, seven patients were infected with a potentially deadly, drug-resistant strain of bacteria and Los Angeles public health authorities are tracking down at least 179 other patients who might have been exposed through contaminated scopes, according to the Washington Post article.

US FDA grants priority reviews to Roche’s cobimetinib, a melanoma drug and for Pfizer Rapamune for rare lung disease

Roche gets a priority review for cobimetinib, a MEK inhibitor developed with Exelexis, in combination with Zelboraf (vemurafenib) for the treatment of patients with BRAF mutation-positive advanced melanoma.

The FDA grants Pfizer a Priority Review supplemental New Drug Application (sNDA) for the use of Rapamune (sirolimus) for the treatment of lymphangioleiomyomatosis (LAM), a rare, progressive often fatal lung disease in women that is characterized by the proliferation of disorderly smooth muscle growth (leiomyoma) throughout the lungs. The disease affects between 30,000 and 50,000 women worldwide. If Rapamune is cleared by the US FDA it will be the first approved treatment for the disease. Rapamune is an immunosuppressing drug already approved for organ rejection in kidney transplant patients.

aTyr Pharma (San Diego, CA, USA) received orphan-drug status from the European Commission (EC) for Resolaris, a potential treatment for facioscapulohumeral muscular dystrophy (FSDH). Resolaris is an experimental first-in-class intravenous therapeutic protein developed by aTyr Pharma. FSDH is a rare and severe genetic myopathy with an immune component for which there is currently no approved treatment.

CVS Health is very concerned by the very high price of a coming class of cholesterol treatments, the PCSK9 drugs from Sanofi and Amgen, which are expecting FDA approval this summer. Both are biological drugs, with prices expected to reach $12,000 per year.

In December 2013, a few months after Chinese officials accused GSK of using travel agencies to bribe local doctors and healthcare professionals, Chinese police arrested Huang Fengping, former deputy director for the Shanghai Municipal Commission of Health and Family Planning. At the time, investigators found more than 400 envelopes stuffed with cash at his home, as well as gold bars and foreign currency in the boot of his car, the South China Morning Post reports. The Shanghai Number One Intermediate People's Court has jailed Fengping, for 19 years, according to a Xinhua report. The case is part of an ongoing country-wide anti-corruption initiative that has both involved foreign and domestic companies. In September 2014, Chinese authorities had already fined GSK $500 million, and former China GSK head Mark Reilly, reportedly received a three-year suspended sentence and deportation.

see other Pharma & Biotech events in 2015