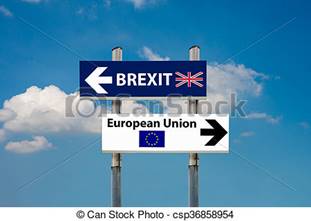 Britain vote to leave the European Union, a historic decision sure to reshape current and future business activities in the biopharmaceutical environment. As a first direct consequence the European Medicines Agency (EMEA), the drug regulator for Europe, which is headquartered in London in new offices, will have to leave the UK and find a new home, in addition the UK will lose a voice at the EU table. Officials in Italy, Sweden and Denmark have already expressed interest in taking EMEA over as a host country.

In the last issue of Biopharmaceutical Newsweek we had indicated that a WHO panel has stated that there was no need to postpone or move the 2016 Olympic Games in Rio de Janeiro (August 5-21). But this week the Games have suffered its highest-profile withdrawal to date as golf's world No. 4 Rory McIlroy (Ireland) announced he wouldn't be competing amid fears surrounding the Zika virus. "After much thought and deliberation, I have decided to withdraw my name from consideration for this summer's Olympic Games in Rio de Janeiro. After speaking with those closest to me, I've come to realize that my health and my family's health comes before anything else. Even though the risk of infection from the Zika virus is considered low, it is a risk nonetheless and a risk I am unwilling to take." McIlroy said in a statement.

Innovio Pharmaceuticals (Plymouth, PA, USA) announced it received FDA approval to initiate a phase 1 trial of its Zika DNA vaccine GLS-5700, which induces robust antibody and T cell responses in animal models. The product is co-developed with GeneOne Life Sciences (Seoul, South Korea) and is produced by VGXI (Houston, Texas). The phase 1 study will test GLS-5700 in 40 healthy subjects using the VGXI DNA delivery system Cellectra, a technology which allows a safer and quicker production than egg or cell-based products.

In a letter to its stockholders, Medivation refutes each Sanofi’s solicitation argumentation and urges its shareholders to reject the current bid at $52.50 per share, a rejection recommended by proxy advisory firm Glass, Lewis & Co. The share closed at $56.95 on June 24.

Impax Laboratories (Hayward, CA, USA) acquires a portfolio of 17 generic drugs from Teva Pharmaceuticals for $586 million as a divesture process mandated by the US Federal Trade Commission preconditioning the Allergan’s generic business acquisition by Teva for $40.5 billion.

Celgene (Summit, NJ, USA) invests $50 million in a consortium partnership with four NCI cancer centers: The Abramson Cancer Center at the University of Pennsylvania, The Herbert Irving Comprehensive Cancer Center at Columbia University Medical Center, the Sidney Kimmel Comprehensive Cancer Center at Johns Hopkins, and The Tisch Cancer Institute at the Icahn School of Medicine at Mount Sinai- to access research on new cancer treatments as well as new diagnostics. Each institution will receive $12.5 million over a 10-year collaboration. The four consortium members are among the 69 institutions designated as Cancer Centers by the National Cancer Institute (NCI).

Teva Pharmaceuticals and AstraZeneca settle their litigation about a patent infringement on Byetta or exenatide, allowing Teva to market a generic version of the drug in the US beginning October 1, 2017.

The European Commission has approved Gilead’s Odefsey (emtricitabine/rilpivirine/tenofir alafenamide, or TAF) for the treatment of certain patients with HIV-1 infection. Odfesey’s is Gilead’s second TAF-based treatment to receive a European approval. It combines the antiviral efficacy and safety profile of the new Descovy backbone with the established tolerability profile of rilpivirine as a third agent.

US FDA approves OPKO Health’s (Miami, FL, USA) an extended-release capsule of Rayaldee or calcifediol, for the treatment of secondary hyperparathyroidism associated with vitamin D insufficiency in adults with stage 3 to stage 4 chronic kidney disease.

US advisors of the Centers for Disease Control and Prevention (CDR) are advising against the use of AstraZeneca’s FluMist Quadrivalent for the 2016/2017 influenza season, based on data from the last three flu seasons in the US which indicated that FluMist was not effective in children two-to- seventeen years of age.

US FDA grants breakthrough status to Incyte’s (Wilmington, Del, USA) Jakafi, or ruxolitinib, for the treatment of acute graft-versus-host disease, a condition where the donated tissue view the recipient’s body as foreign and attack the body. There are no currently approved treatment for the disorder. Jakafi is a JAK1/JAK2 inhibitor, already approved in the US for the treatment of a blood cancer called polycythemia vera and a bone marrow disorder called myelofibrosis.

GEN-003, a novel immunotherapy for genital herpes has proven effective in a phase 2 clinical trial. The effect of the treatment, given three times lasted for up to one year. GEN-003 is believed to work through a different pathway from most vaccines by recruiting T cells. It may provide relief similar to that available with daily antiviral medications, but with improved convenience and will be tested in combination with antiviral medications.

IBM has created a Watson Health medical imaging collaboration with more than fifteen health partners to improve personalized health care. Members of the collaborative will use Watson to analyze previously "invisible" unstructured imaging data in combination with data from other sources, including electronic health records, pathology reports and medical journals among others. The goal is to help doctors make personalized care decisions for individual patients as well as build a bank of information that can be of use to larger patient populations.

…and continues to reject the use of Celgene’s Vidaza for the treatment of acute myeloid leukemia, because of a high degree of uncertainty about Vidaza's (azacitidine) clinical effectiveness relative to current treatments in the target patient population. The incremental cost-effectiveness ratio was calculated to be around £240,000 per QALY, and therefore well outside the bounds of what is normally considered a cost-effective use of NHS resources.

The Paris public prosecutor has started a manslaughter investigation in connection with a phase 1 clinical trial conducted in January 2016, by the CRO Biotrial (Rennes, France), in which one volunteer died and five others were hospitalized after receiving Bial-Portela’s (Sao Mamede de Coronoda, Portugal) BIA 10 274, a CNS investigational drug.

Novartis continues to invest in its biologics and bring “all our biologics manufacturing under one roof” in Schaftenau (Austria). “Thus here in Austrian between Schaftenau and Kundel, between 2010 and the end of the decade, $1 billion will have been invested to support the extension of manufacturing capacity which we know is required for a biologics portfolio” said Carol Lynch Novartis’s head of biopharmaceuticals.