A World Health Organization (WHO) panel has indicated that there was no need to postpone or move the 2016 Olympic Games in Rio de Janeiro (August 5-21). The Games will take place during the Brazilian winter season when the concentration of mosquitoes that spread the Zika and other viruses is low.

The Centers for Disease Control and Prevention (CDC) provided new data for the US. CDC indicated that 234 women were infected with Zika during their pregnancy, three babies were born in the country with birth defects connected to the virus during the mother’s pregnancy and three cases of lost pregnancies were directly linked to Zika virus infection.

Roche enters an exclusive global licensing deal with Eleven Biotherapeutics (Cambridge, MA, USA) to access its interleukin-6 (IL-6) antagonist antibody technology and develop EBI-031, its preclinical candidate for the treatment of uveitis and diabetic macular edema. Roche will pay an upfront of $7.5 million and milestones of up to $262.5 million and royalties on future sales. Roche’s own IL-6 antibody, Actemra, or atlizumab, was approved in 2013 for the treatment of severe active rheumatoid arthritis.

The European Commission approves Roche’s Gazyvaro or obinutuzumab, a type II anti-CD20 monoclonal antibody, as a new treatment of patients with follicular lymphoma who have not responded to MabThera or rituximab. The drug is already approved in the US for the same indication.

China FDA approves Taigen Biotech’s (Taipei, Taiwan) Taigexyn, or nemonoxacin, for the treatment of pneumonia and makes it the first new drug from a Taiwanese company to be approved in China. Mainland China is the largest antibiotic market in the world with annual sales exceeding $12 billion. The drug which is approved in Taiwan since 2014 will be marketed in China by Zhejiang Medicine (Hangzhou, China).

PaxVax’s (Redwood City, CA, USA) Vaxchoar, the only FDA approved cholera vaccine, as a preventive treatment for adults who are travelling to areas affected by the disease.

… and an extended indication of Kamada (Ness Ziona, Israel) and Shire’s Glassia, an alpha-1 proteinase inhibitor allowing self-administration to treat adult patients with emphysema due to alpha-1 antitrypsin deficiency.

US FDA is strengthening its kidney injury warning on two sodium-glucose co-transporter (SGLT2) antidiabetic drugs namely AstraZeneca’s Farxiga and Johnson and Johnson’s Invokana but not for Eli Lilly and Boehringer’s Ingelheim’s Jardiance.

US FDA grants breakthrough status to budesonide for eosinophilic esophagitis and to maralixibat for progressive familial intrahepatic cholestasis type 2, two investigational drugs developed by Shire (Dublin, Ireland). Eosinophilic esophagitis is a serious, chronic and rare disease arising from an elevated number of eosinophils that infiltrate the walls of the oesophagus, causing inflammation and potentially difficulty swallowing. Progressive familial intrahepatic cholestasis are autosomal-recessive liver disorders of childhood that disrupt bile formation and present with cholestasis, causing symptoms such as severe itching and jaundice.

to Oxigen’s (South San Francisco, CA, USA) CA4P or fosbretabulin, as a treatment for glioma. The drug already holds orphan status as a treatment for neuroendocrine tumors, ovarian cancer and thyroid cancer. CA4P or combrestatin –A4 phosphate is an investigational vascular disrupting agent.

Pfizer’s breakthrough inotuzunab ozogamicin, an antibody drug conjugate developed though the UCB’s Celltech collaboration, showed superiority to chemotherapy in a phase 3 clinical trial, in treating patients in relapsed/refractory CD22-positive acute lymphoblastic leukemia (ALL). ALL is an aggressive form of leukemia with a five-year survival rate of less than 10%.

Sanofi’s LixiLan, a combination therapy that pairs Lantus with its GLP-1 lixisenatide hit its primary endpoints in two late stage clinical trials, by delivering better blood glucose control than each of its constituents. LixiLan will compete with Novo Nordisk’s combination of its insulin Tresiba with the GLP-1 Victoza. An FDA advisory panel backed both drugs for approval last month.

US FDA approves Aspire Bariatrics’s (King of Prussia, PA, USA) AspireAssist System for the treatment of severe obesity patients with a BMI of 35 to 55, who have failed to achieve weight loss using nonsurgical means. It's intended to be used for long-term weight loss and maintenance. The device works to drain part of the stomach contents after each meal via a surgically place tube. 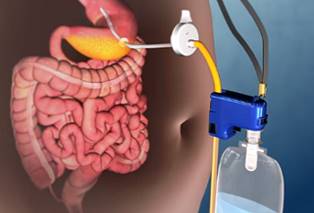 Scientists from the Institut du Cerveau et de la Moëlle (ICM), and from the Carthera company, both in Paris, led by Alexandre Carpentier, have developed a pulsed ultrasound device, dubbed SonoCloud®, which they implanted into the skull of patients with glioblastoma, in order to increase the delivery of systemically administered drugs through the blood brain barrier (BBB). At regularly scheduled treatment sessions, the researchers activated the SonoCloud® by connecting it to a power source, disrupting the BBB long enough for subsequent chemotherapy to reach the brain. The approach was well tolerated by patients and showed evidence of effectiveness to disrupt the BBB, paving the way for further development of this therapeutic approach. The study was published in the Science Translational Medicine issue of June 15.

Scientists from the Department of Clinical Pharmacology and Biomedizinische Forschungsgesellschaft in Vienna (Austria) have reported the first successful vaccine for the prevention of toxic shock syndrome (TSS), developed from detoxified Staphylococcus. TSS is a life-threatening complication of infection caused by S. aureus or streptococcus bacteria, and is typically been connected with use of superabsorbent tampons. In 50% of cases the disease is associated with menstruation in young women.

supports Bristol-Myers Squibb’s immunotherapy combination Opdivo/Yervoy to treat patients with advanced melanoma, after concluding that its incremental cost-effectiveness ratio compared to MSD's Keytruda (pembrolizumab) is likely to be less than £30,000 per quality-adjusted life year (QALY) gained when incorporating a patient access scheme agreed between the firm and the Department of Health.

….and rejected Roche’s Cotellic or cobimetinib in combination with Zelboraf or vemurafenib as a treatment of unresectable or metastatic melanoma in patients with BRAF V600 mutation in stating that its likely incremental cost-effectiveness ratio would be over £100,000 (QALY) gained, and thus well outside the realms of what is considered value for money for the NHS.

The discovery of a strain of highly contagious polio virus in sewage of Hyderabad (India) has prompted the local health authorities to initiate an urgent effort to vaccinate as many as 300,000 children in the city. The country had been declared polio-free since 2014. Polio cases are still reported in Afghanistan and Pakistan.

US FDA released new guidance for osteoporosis treatments urging dug manufacturers to conduct long-term nonclinical bone quality studies because “there are no validated and reliable methods for the noninvasive assessment of bone quality in humans."

US FDA released thirty-eight new and revised draft guidances on the type of bioequivalence studies needed to gain approval for new generic drugs.

US FDA Commissioner Robert Califf indicated that a guidance on product communication will be issued “in the very near future”.  He stated that he wants a more pragmatic approach and make sure that all useful information becomes available to patients and not only to physicians or clinicians.

Pfizer invests, $200 million in a biologics manufacturing plant in Andover (MA, USA), where it already houses laboratories and manufacturing suites, that will be able to produce complex biologics as well as vaccines. The new facility is expected to be operational in early 2019.