Roche enters a collaboration agreement with Blueprint Medicines (Cambridge, MA, USA) to research, develop and market small molecule kinase-targeting immunotherapy drugs for as many as five cancer targets in a deal valued at more than $1 billion. Most cancer immunotherapies, including Roche’s development candidates, have focused on antibodies or combinations with existing approved therapies and have not yet targeted immunokinases with small molecules. Under the terms of the deal, Roche will pay $45 million upfront and $965 million in milestone and contingent milestones and get exclusively license drugs arising from the partnership.

Sanofi and DiCE Molecules (San Francisco, CA, USA) enter into a five-year collaboration to discover new therapeutics for up to twelve novel targets in areas of interest including oncology, cardiovascular and diabetes. The plan consists in leveraging DiCE’s technology platform to address difficult chemistry issues and enable monoclonal antibodies to be replaced by orally administered medicines. The collaboration falls under Sanofi's Sunrise Initiative, a strategic partnership model that invests in early stage transformative opportunities. Sanofi will fund up to $50 million in equity and upfront and make payment of up to $184 million for each compound developed.

GlaxoSmithKline enters a strategic collaboration with Miltenyi Biotech (Bergish Gladbach, Germany) to optimize the manufacture and delivery of cell and gene therapies in oncology and rare diseases. Under the alliance, Miltenyi Biotec will integrate greater automation and high-tech processing technology into GSK’s current manufacturing capabilities. The collaboration also aims at advancing the discovery of new CAR (chimeric antigen-receptor) T-cell based therapeutics. Financial terms of the deal were not disclosed.

….and stops a five-year collaboration with Five Prime Therapeutics (South San Francisco, CA, USA) for the development of FP-1039 as a treatment for mesothelioma cancer a few months after GSK has stopped the development of the drug for squamous non-small cell lung cancer.

Johnson & Johnson Innovation launches JLINX, a new biotechnology incubator, located on the Janssen campus in Bersee (Belgium) which will be managed through a close collaboration with bioqube ventures. J&J companies will not hold any specific rights to commercialised products by virtue of the JLINX relationship.

Takeda Pharmaceutical teams up with Frazier Healthcare Partners (Menlo Park, CA, USA), to launch Outpost Medicine a new startup company that will specialize in the development of novel treatments for urological diseases. Outpost Medicine has received $41 million in funding and acquired the global rights to a clinical-stage oral drug from Takeda, renamed OP-233, which it will develop for the treatment of stress urinary incontinence

Nanobiotix (Paris, France) has made a private placement of about $23.6 million to fund the clinical trials of its NBTXR3, a nanoparticle drug along with radiotherapy, including combination therapies with immune-oncology treatments.

US FDA approves Bayer’s Kovaltry, (octocog alfa; BAY 81-8973) an unmodified full-length recombinant factor VIII product for the treatment of children and adults with hemophilia A.  Kovaltry was approved in Europe and in Canada last month.

US FDA grants orphan status to DelMar’s (Vancouver, Canada and Menlo Park, CA, USA) VAL-083, or dianhydrogalactilol, for medulloblastoma, a tumor located in the lower rear portion of the brain. The drug already had orphan status as a treatment of glioma.

US FDA grants Roche’s atezolizumab priority review status as a treatment for patients with locally advanced or metastatic urothelial carcinoma.

GW Pharmaceuticals’ (London, UK) Epidiolex, or cannabidiol, meets a major clinical primary endpoint in the treatment of Dravet syndrome, a rare and very difficult to treat form of childhood epilepsy, for which there are currently no approved therapies.Epidiolex has been awarded both Orphan Drug Designation and Fast Track Designation by the US.

The International Olympic Committee (IOC) has selected GE Healthcare's Centricity Practice Solution to handle the health services of all of the athletes, as well as their families, coaches, the officials and even spectators.

US FDA advisory panel of experts voted 9-0 to recommend approval of Abbott’s Absorb, the first bioresorbable stent, based on an analysis of its risks and rewards. Absorb achieved a CE mark in 2010, and is used widely in several countries including India and Brazil. 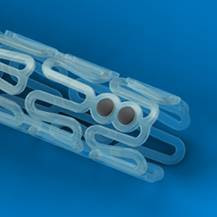 GlaxoSmithKline is making efforts to roll out miniaturized implantable bioelectronics devices on peripheral nerves that send electric pulses to treat chronic diseases such as obesity, hypertension or diabetes.

The UK National Institute for Health and Care Excellence (NICE) turns down Amgen’s Imlygic, also known as T-Vec (talimogene laherparepvec), a modified form of the herpes simplex virus type-1 which was approved in Europe as the first oncolytic immunotherapy to treat adults with unresectable melanoma. Carole Longson, director of the Centre for Health Technology Evaluation at NICE, noted that Imlygic represents an innovative approach to treating the disease, “However, the committee concluded that there was not enough evidence to be able to say whether Imlygic is as clinically effective as other drugs used to treat advanced melanoma. Given the uncertainty about its effect on overall survival compared with these drugs it was not possible to recommend Imlygic as a cost-effective use of NHS resources.”

In a rare move Welsh government overrules NICE rejection of Celgene’s Abraxane (nab-paclitaxel) as a treatment for pancreatic cancer and ensures continued access, in Wales, to the drug in combination with gemcitabine.

The European Medicines Agency is undertaking a safety review of Gilead’s cancer drug Zydelig, or idelalisib, because three ongoing clinical trials, investigating the drug in combination with other cancer medicines, have shown an increased rate of serious side effects including deaths, mostly due to infections. The drug is currently approved in the EU to treat two rare blood cancers chronic lymphocytic leukaemia (CLL) and follicular lymphoma.

Praluent Patent Litigation. Sanofi and Regeneron Pharmaceuticals announced today that the companies strongly disagree with a US District Court jury verdict that the asserted claims of two Amgen patents for antibodies targeting PCSK9 (proprotein convertase subtilisin/kexin type 9) are valid. Sanofi and Regeneron believe these Amgen patent claims are invalid in the ongoing US patent infringement lawsuit and plan to appeal the judgment.

GlaxoSmithKline has announced that its chief executive officer Sir Andrew Witty is to retire in March next year.

The UK House of Commons has officially launched the All-Party Parliamentary Group of Personalised Medicine to help the National Health Service and patients make best use of the increasing availability of new technologies to provide more personalised health and care.

The 2016 Paul Ehrlich and Ludwig Darmstaedter Prize is awarded to Emmanuelle Charpentier from France and Jennifer A. Doudna from the USA for their pioneering work in the development of the programmable gene editing tool CRISPR-Cas9 technology (see newsweek 2015 #52-53). The Prize is traditionally awarded on Paul Ehrlich's birthday, March 14, in the Paulskirche, Frankfurt (Germany). It honors scientists who have made significant contributions in Paul Ehrlich's field of research, in particular immunology, cancer research, microbiology, and chemotherapy.

Give us your feed-back on the biopharmaceutical News !

see other Pharma & Biotech events in 2016