Currently half a billion people suffer from moderate to severe hearing loss, tinnitus or vertigo and the burden on these people is high including social isolation, quality of life, reduced work productivity, a higher rate of depression and ultimately a significant economic burden for the entire community. Often the first signs of hearing loss are difficulty understanding a conversation in a noisy environment called “speech-in noise” hearing difficulty, which is in fact due to damage neuronal connections in the ear.

The most common causes of hearing loss are noise and ageing. Age-related hearing loss is also called Presbyacusis. Exposure to noise from working conditions or other exposures such as noisy motors or loud music at concerts, nights clubs and of course use of headphones have become an increasing cause of hearing loss.  Other causes include infectious diseases and side effects of several medications, injuries and damages to the head, malformation of the ear and genetic factors.

There are four types of hearing loss: auditory processing disorders, conductive, sensorineural and mixed.  Auditory processing disorders occur when the brain does not properly process the information contained in sound such as understanding speech or identifying where sounds are coming from. Conductive hearing loss is where the ears’ ability to conduct sound from the outer ear to the middle ear is deficient.   It occurs when there is too much earwax, ear infections, a punctured eardrum, a fluid build-up or an abnormal bone growth in the middle ear such as otosclerosis. Surgery and in some rare cases hearing technologies such as bone conduction hearing aids, bone anchored hearing devices or middle ear implants can be used.  Sensorial hearing loss occurs when the hearing organ, the cochlea and/or the auditory nerve and the inner hair cells are damaged or malfunction and is unable to accurately send the electrical information to the brain. This type of disorder is always permanent and is genetic or is caused by ageing process, disease, trauma or exposure to loud noise but also certain kinds of chemicals. Auditory neuropathy occurs when the nerves that carry sound information are damaged by cytotoxic agents Technologies of hearing aids and cochlear implants can reduce the effects of this disorder. A mixed hearing loss occurs when the hair cells and the inner ear are damaged at the same time.  Hearing loss can be bilateral or single-sided.  A hearing loss can occur suddenly from one day to another but most of the time symptoms occur slowly overtime. 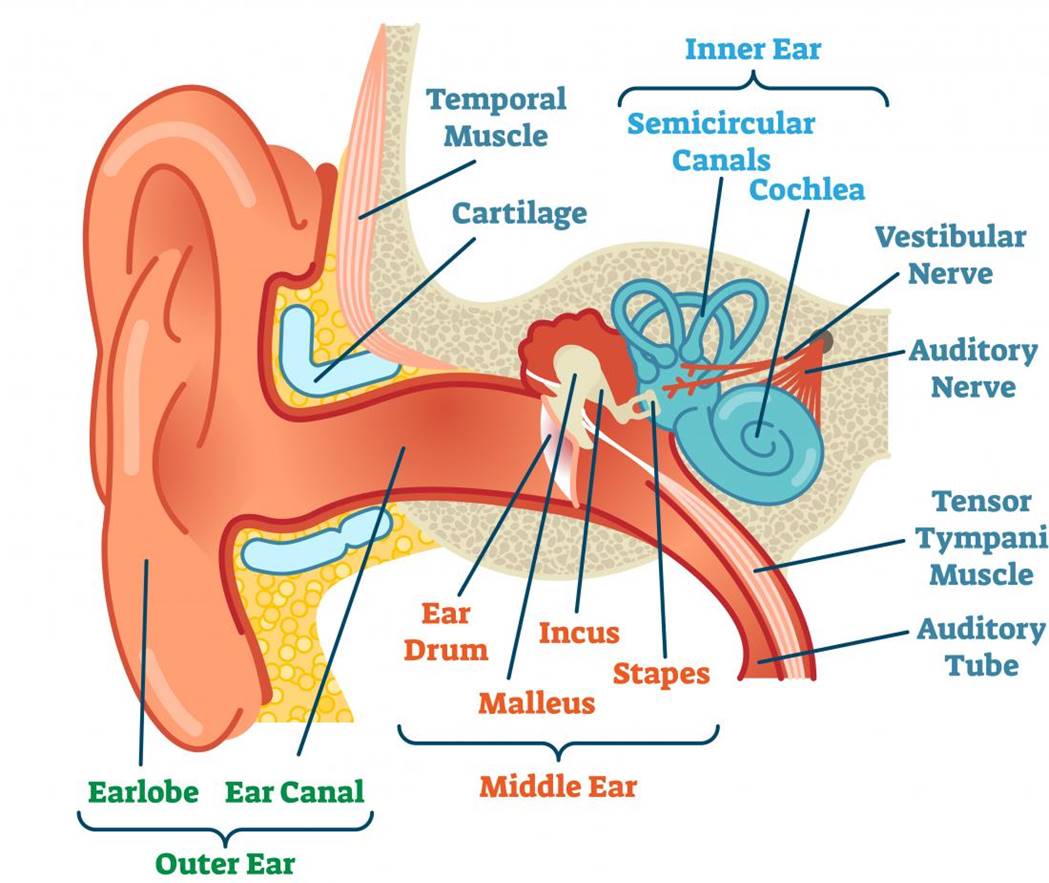 Loss of hearing is a natural consequence of ageing and by the age of 8O, more than half of the population has a worsening hearing ability. But there is currently low awareness of other types of disabilities commonly called neurotological disorders such as Menière’s disease or tinnitus.

Menière’s disease is a disorder of the inner ear that leads to dizziness and vertigo and hearing loss and in most cases it affects only one ear.  The disease was described for the first time by Prosper Menière, a French otologist on January 8,  1861  at the Imperial Academy of Medecine in Paris in an oral presentation entitled “ Mémoire sur des lésions de l’oreille interne donnant lieu à des symptômes de congestion cérébrale apoplectiforme “ The disease which becomes chronic, can occur at any age and usually starts between young and middle-aged subjects and affects around 2 million people in the western world. The causes of the disease are unknown but appear to be linked to an abnormal amount of fluid (endolymph) in the inner ear. The most common symptom is recurring episodes of vertigo with a spinning sensation that occurs without warning and lasts from 20 minutes to several hours but not more than 24 hours and can recur for months.  Severe vertigo often cause nausea and during vertigo episodes patients cannot function at home or at work.

Tinnitus or ringing in the ear is another neurotological conditions where subjects have the perception of a ringing, buzzing, roaring, whistling or hissing sound in the ear.

Common hearing loss is currently only treated with hearing aids or surgery and up to now there is no approved drug available for the treatment of any of the existing conditions. Neurotology which consists in the treatment of the inner ear neurological disorders is a field which the biopharmaceutical industry has barely considered. More than ten years ago, when we were in charge of the first R&D Transforming project at Sanofi, we had launched an Ageing Stream with a Hearing Loss Initiative aiming at tackling tinnitus, which is considered as mainly a sensorial disorder, through an original biological approach. The project never came to fruition because of the difficulty to deliver a drug to the inner ear which requests intratympanic injections, analogous to intravitreal injections performed by ophthalmologists.  A rapid survey of the portfolio of all the major biopharmaceutical companies shows that none of them claims to have a sensorial hearing loss treatment in any stage of development.  To the best of our knowledge, Otonomy, a company founded in 2008 and based in San Diego (California, USA) seems to be the only one with identified products in clinical stage. The company expects three clinical read outs in 2020: a phase 3 in Menière’s disease, a phase 2 in tinnitus and a phase 1/2 in hearing loss.  On January 28, 2020, Otonomy announced preclinical results from its AAV-based gene therapy collaboration with Applied Genetic Technologies focused on treating a sensorineural hearing loss caused by the mutation in the gap junction protein beta 2 gene (GJB2) and preclinical results demonstrating the therapeutic potential of a class of compounds being evaluated for otoprotection against cisplatin induced hearing loss. These results were presented at the Association for Research in Otolaryngology 43rd Meeting in San Jose, California.

CILCare, a French preclinical provider in otoly, based in Montpellier, with state-of-the art laboratories, research experts in otology and neurosciences offers fully customizable R&D programs in order to accelerate the development of novel therapies to prevent and treat hearing loss, tinnitus and otitis.

An active treatment with an appropriate delivery would clearly represent a transformational opportunity for the millions of people of all ages suffering from hearing loss.